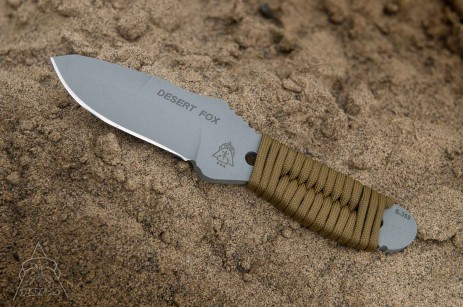 The Desert Fox is a true desert survivor

Easy to carry, conceal, and use. You gotta love it.
SKU: DFOX-01

The Man: The Desert Fox as he was known, was a famous German field Marshal of World War II, named Erwin Rommel. His leadership in the North African Desert established the legend of the Desert Fox. He was considered by the Americans and the other allies, as the most skilled commander of desert warfare. Rommel was regarded as a chivalrous and humane officer.

The Animal: The Desert Fox is a common name for many species of carnivorous animals. Its coloring allows it to blend in well in desert surroundings. Great little hunters with large ears, they pounce on their prey. Opportunistic hunters and true desert survivors.

The Knife: This little EDC/survival blade is an excellent choice for outdoorsmen of all types and even for the tactical guys too. It's slim profile makes it easy to carry and conceal, but also keeps the weight low. As any survivalist knows, paracord is always handy to have around in almost any length. The blade is great for skinning, woodwork, camp chores, food prep, self-defense, and all manner of EDC and utility tasks.

Well built knife
This is by far my favorite knife. I keep this on me at work as a heavy equipment mechanic. The sheath allows for scout carry or horizontal appendix carry. The sheath clip is built for a 2" belt. Review by Jacob (Posted on 2/10/2020) 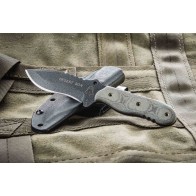 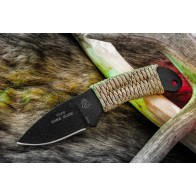