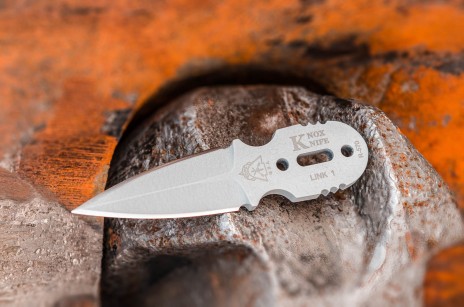 This wicked little knife is an excellent last-resort blade for the quiet professionals
SKU: KNOX-01

Jeff Knox is not only a knife collector. He has made the cross over to maker and has been trained by Gil Hibben of Hibben knives. As long as Jeff can remember he has been making weapons out of everything from legos to prosthetic hip implants. As the son of the President of the National Automatic Pistol Collectors Association (NAPCA) and owner of Alamo military collectibles, Jeff has military and weaponry in his blood. His grandfather fostered his love of James bond, covert ops, and sci-fi which was the beginning of his collecting. Jeff has always had an eye for the interesting or unusual. At 16 a fellow collector introduced him to OSS and SOE clandestine weaponry as well as escape/evasion weapons, and he was hooked. His current collection includes military fighting knives, WWII covert gadgets, sword canes, custom knives, Hibben knives, lightsabers, and more.

Jeff credits his inspired use of design to his mentor, Gil Hibben. Jeff's first Hibben knife was the United Cutlery Double Shadow. "To that point I had only collected militaria, although I had always admired the knives for their form and craftsmanship, even over function." Jeff soon became a student of design, studying the details of the masterpieces created by Gil Hibben, Paul Ehlers, Al Eaton, Chuck Stewart, Virgil England, and Rod Chappel. From there things began to steam roll as Jeff's collection expanded to include one-of-a-kind, custom-made Hibben knives. After meeting with Hibben a few times, Jeff signed up for a knife making class. That became a defining moment in his life as he finally got to experience the work and true artistry that goes into designing and hand crafting a blade from paper sketches to sharpened steel. Since then, knife making has become a passion for him. He is drawing, grinding, or working on his website every available minute. 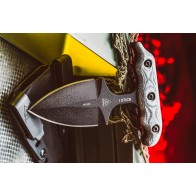 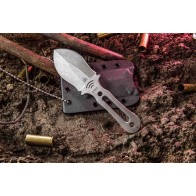 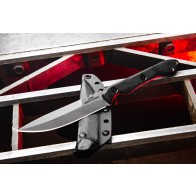 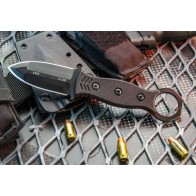