Why do you call them "Tactical" Knives?

One of the first definitions that you will find if you search for the word Tactical will read as follows; “Relating to or constituting actions carefully planned to gain a specific military end”.  The word “planned” should really stand out from this definition.  Almost everyone who reads this can agree that establishing a good plan of action prior to diving into a major task or mission can be the difference between success and failure and possibly life or death.  Part of the planning process is to determine what gear will be essential and practical to accomplish the mission.

Since 1998, TOPS Knives have seen action in the hands of people worldwide ranging from the weekend warrior type to military operators serving overseas and everyone in between.  That being said, two completely different people can own the exact same knife and own said knife for totally different reasons.  Your knife or gear isn’t tactical until you apply it to a tactical situation.  A boy scout on a weekend camping trip with a knife on his hip, NOT TACTICAL.  An Army Ranger kicking in doors overseas with a knife on his hip, TACTICAL.

It seems like every time you turn around, someone is releasing a new “Tactical” product, turning the word into more of a marketing ploy than describing a practical (and often necessary) application for certain items or products.  Sales Tip: if you have an item that isn’t selling well, paint it tan, make it MOLLE compatible, put the word tactical in the title and watch your sales skyrocket.  Mall ninja’s love that shit. 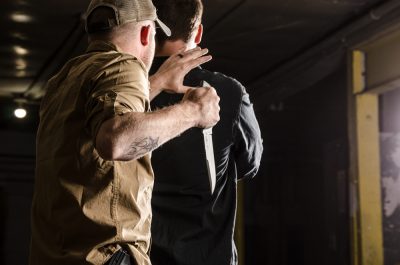 So because this word has been used to describe items from guns and knives to beer koozies and diaper bags, does this mean that it has lost its practicality? We think not. Is the term overused? Definitely. Even by us sometimes? Probably. Many people overuse and/or misuse the term, but that doesn’t make it incorrect or obsolete. There are a lot of people out there who have purchased a “tactical” knife that will never use it in a tactical situation. And of course,  there are certainly people who have used "non-tactical" knives tactically (if you weren't sick of the word tactical when you started reading this, you will be by the end).

TOPS Knives started making “Tactical” knives when the word still meant something.  These tactical knives have earned their title with blood, sweat, and tears.  These knives weren’t called tactical to boost sales.  These knives were designed for the brave men and women who have to put their full trust into their gear.  These knives were designed with the input and real-world experience of actual military operators, law enforcement officer, martial arts experts, survivalists and the list goes on.  TOPS has used and will continue to use the word Tactical in their descriptions, because to us, this word still has meaning.