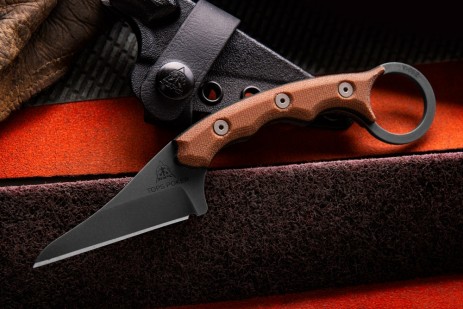 A Curious Combination of Kiridashi and Karambit

Regardless of the reason you choose to carry it, the Poker will be up to the task.
SKU: TPKR-01

During the time that TOPS’ General Manager Craig Powell has been with the company, he has become more and more interested in everything to do with knives. He has dabbled in making a few knives with a ton of help from Leo (TOPS’ President). One weekend, while he was working on a leather sheath project that he wanted to do, he came up with the idea to make a kiridashi style knife close to the traditional Japanese style (with a sort of chisel ground blade) that he could use specifically for cutting leather for projects and other things around the house. Eventually, he got it done. Around the same time, Craig had also attended a couple of Martial Blades Concepts classes with a local instructor (Adam Boyce of Spartan Mode). So, of course, he realized that it would make a solid self-defense tool if needed also. At this point, the design was tweaked to include the finger ring.

With such a narrow tip and the straight edge, many useful cuts are made easy. Stabbing will give great penetration, EDC tasks that involve pulling cuts will be precise. Even fine, detailed cuts for woodworking will be a breeze. The handle has the perfect radius which makes the knife comfortable to hold in forward or reverse grips. The beta loop that comes included on the Kydex sheath is easy to remove and reposition so that the knife can be carried appendix, scout, horizontal, vertical, IWB, OWB, and even strapped to MOLLE gear or packs. So whatever reason you decide to carry it, you’ll find the Poker will be up to the task. 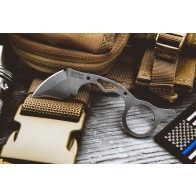 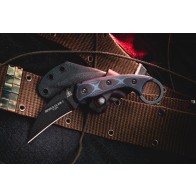 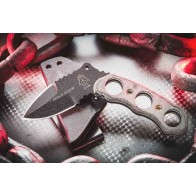