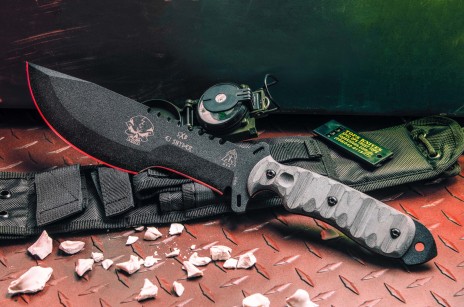 Like a Classic Car
I swear this thing feels like the knife-equivalent of a Classic Car: you just feel compelled to show it off and what you can do with it.
I have thrown it against the worst that my town's junkyard has to offer (furniture, old mattresses. broken air conditioning units, old refrigerators) and it has come out the other side Bloodied but Unbowed.
The fact that this thing has a handle that's big enough to accommodate two hands is just great since it allows for me to use both hands when I have to drive it into something (please look up to refer back to my "refrigerator" comment). 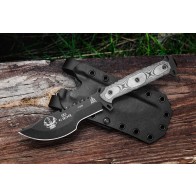