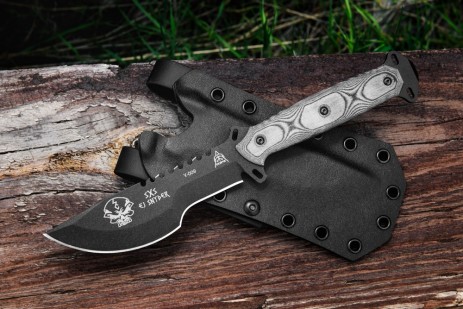 A Sidekick with an Attitude
SKU: SXS-01

"Skullcrusher’s Xtreme Blade" (SXB) was designed for the Warrior Survivalist to aid in their survival not only in the wild but on the battlefield as well. Extreme Situations require an Extreme Blade, and the SXB meets that demand and then some!

Skullcrusher’s Xtreme Sidekick has now been developed as just that, a sidekick to the SXB. The SXS is a “small” version of the SXB meant to complement it while out in the field. Small to EJ, and when compared with the SXB, but most will consider this a mid-sized knife. The basic blade shape has remained the same, but the handle has been modified to accommodate some different usage options. There are holes in the handle front and back to provide lanyard and lashing options. The sheath is Kydex with beta loops designed to give the user multiple mounting options, such as scout style, appendix, horizontal, IWB, on a pack, on a vest, etc. Just remove the screws once the snap is open and reposition the straps however you would you prefer to carry it. With a blade length of approximately 5”, this knife finds itself right at home with survivalists, but it’ll also make a great all-around camp knife and will also function very well as a hunting knife.

EJ Snyder is an extreme Survivalist and Adventurer in real life and as seen on TV. He is also a highly decorated, 25-year Army Combat Vet who served in the 1991 Gulf War and Operation Iraqi Freedom. EJ knows what it takes to survive in a multitude of extreme situations from the wilderness to combat, and he has been tested and proven every time.

Definitely a Do It All Blade!!
I bought this tool the very second I seen it available... I seen a few videos from Shot Show that caught my attention and of course after seeing what several years of hard use it's big brother the SXB has withstood, I couldn't help but add it to the family. I've since carried this almost every day since. It's super light and has a super slim profile. I barely notice it while wearing it drop looped. Of course it has many different carry options because of the sheathing, all ways I've tried have been comfortable. Yes you can strike a ferro rod off the spine because of the saw tooth notches. It works quite well actually... If you are considering buying it... Do so now. Because once word really gets out how well it performs. It will probably sell out. Review by Justin (Posted on 2/24/2020) 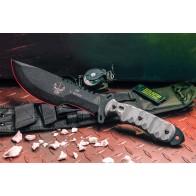 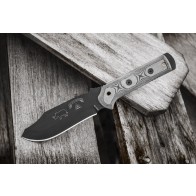 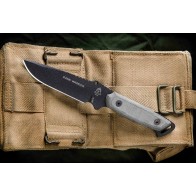 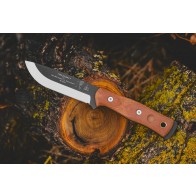 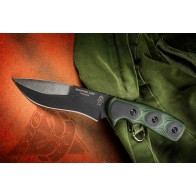